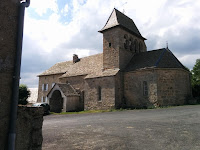 Among the books discovered in Templar churches (during the investigations following the Templar arrests of October 13, 1307; TN) were many psalters, legendaries, martyrologies, and antiphonals, but also books for different offices (officiaria) and breviaries. What is  their importance?

The legendaries and martyrologies recorded in the inventories are also of particular interest in this context for their potential insights into the devotional idiosyncrasies of Templar communities.

Whereas the martyrology lists the names of all saints whose anniversaries were commemorated in a particular church, the legendary points towards patterns of behaviour and models of conduct that may have been deemed inspirational and educational for Templar communities. They are also valuable indicators of the hagiographical horizon of locally rooted Templar communities. Some of these books, like the Life of San Mattone (...) found in the Templar church of Verona, indicate the Templars’ keen interest in locally rooted cults.