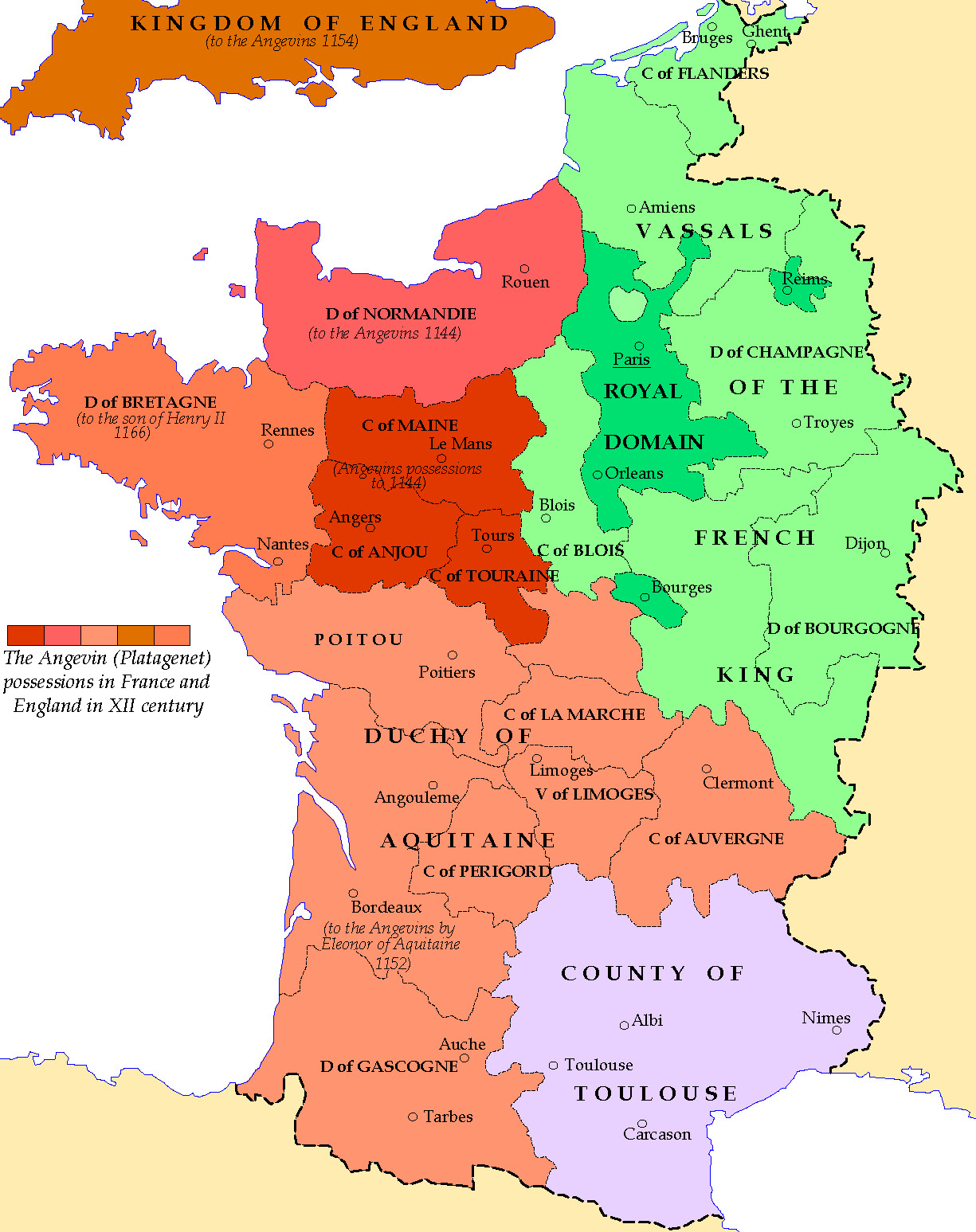 To understand the origin of the Knights Templar and the mechanisms that lead up to their birth, one should explore their place of origin. Standard historical belief places their origin in Jerusalem in the year 1118, 1119 or 1120. This, however, is not the case. The cradle of the Knights Templar stood at the court of the Earl of Champagne in the French town of Troye. The establishment of a fraternity at Jerusalem was just another step in a development that started decennia before.

The court of the Earl of Champagne (in French, Comte de Champagne and his Earldom is indicated as Comté  de Champagne) was strongly related to the reformed Benedictine monasteries of Molesme founded in 1075 by Robert of Molesme.

Bernard of Citeaux was a monk of Cîteaux Abbey, which he left to found Clairvaux Abbey in 1115, of which he was the first abbot. His influence in the Cistercian order and beyond is of prime importance. He reaffirmed the importance of strict observance to the Rule of St. Benedict. He also was the protector and even spiritual leader of the Knights Templar.

The map shows the C(omté) de Champagne in northeastern France in 1180. The map illustrates also that in those days the French kingdom was more or less a fiction. The "domaine royal" of the Capetians "kings" was limited to the regions around Paris, Bourges and Sens. The great majority of French territory was part of Aquitaine, the Duchy of Normandy, the Duchy of Brittany, the Comté of Champagne, the Duchy of Burgundy, and other territories. In principle, the lords of these lands being vassals owed homage to the French king for their possession, but in reality the king in Paris had little control over these lands.

The area around the lower Seine, ceded to Scandinavian invaders as the Duchy of Normandy in 911, became a source of particular concern when Duke William I of Normandy ("William the Conquereor") took possession of the kingdom of England in the Norman Conquest of 1066, making himself and his heirs the French King's equal outside France (where he was still nominally subject to the Crown). After several succession disputes, the English-Norman Plantagenets in effect ruled the western half of France (in red shades on the map) by 1180, being as a greater power than the French throne. The third rather independant County was that of the Counts of Toulouse in the south, with as capital Toulouse.

In a series of blogs TemplarsNow will explore in detail the events related to the origin of the Knights Templar at Champagne during the last decade of the 11th century and the first decades of the 12th century.