Already going strong for nearly 10 years, TemplarsNow™ is stepping up its work. You can join and support!

Obviously we like what we did for the last 10 years and intend to keep doing it in the future: researching, writing and publishing blogs on Templar issues. Posts which we distribute further through social media such as Facebook, Twitter and Instagram.

Our mission remains: to collect and redistribute sound information on the historical and present day Knights Templar presence in (mainly) north-west continental Europe and the Levant. We found that 11th and 12th century history is especially relevant. As is the history of the Templar's main religious partner, the Cistercian Order. 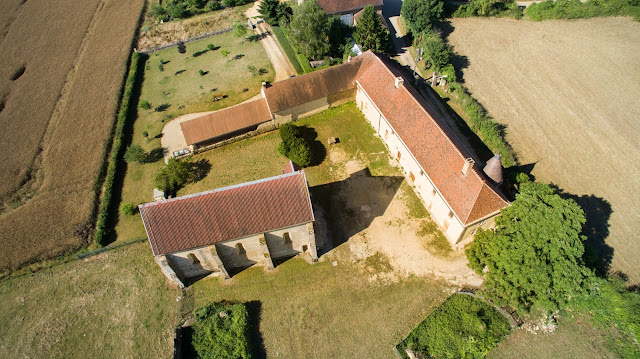 Stepping up the work

We intend to continue researching, writing and publishing for many more years to come. In the process we will further professionalize our approach. We will spend even more time in libraries, on the internet and on the road, visiting and documenting famous as well as less well known Templar sites. A special project is publishing in English on the many but in international English literature poorly represented Templar sites in The Netherlands and Belgium as well as rural France.

We are also strengthening our TemplarsNow™ presence on the social media, and have added to our Facebook and Twitter accounts an Instagram account. We are also developing further our -for now rather basic- Youtube channel. We will also improve our Wordpress Channel, so that both that blog and our Blogspot mirror each other. Eventually we will transfer all our blog-trafic to the more professional Wordpress environment.

When our Youtube channel is improved, we will start producing and distributing our own TemplarsNow™ Vlogs. On Facebook we will develop further our new private Facebook Group TemplarsNow™ Hands-On, intented for actively sharing questions and answers between people who are themselves actively involved in the Knights Templar, in whatever way.

Obviously stepping up the work in the way described is also stepping up efforts and expenses. Therefore TemplarsNow™ is mobilising support. You too can support TemplarsNow™, dear reader! How? By
Especially Patrons and Tippers benefit from several interesting advantages. Check it out on Patreon and Tipeee. Thank's in advance for any contribution you can spare!