"A recent finding at the Archives of the Crown of Aragon, has produced an unknown letter from Jacques de Molay, the last Master of the Order of the Knights Templar, addressed to Ramon de Bell-lloc, Commander of the Order, dated 21st January 1296. What is this letter about? 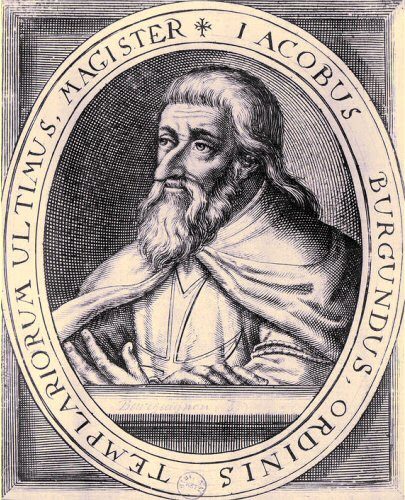 Jacques de Molay was born somewhere between 1244 and 1249, most probably in Molay in the present day Haute-Saône Department of France. What were his early years like?

"The Warriors and the Bankers is an interesting discussion about the fate of the monastic and military order Knights Templar after October 13, 1307, the day of its supposed destruction orchestrated by the unpopular King of France, Philip IV. There is strong evidence that some French Templars escaped interrogation, torture and death in France and emigrated to Scotland where they were welcome to fight against the English. Is there also a Swiss connection?