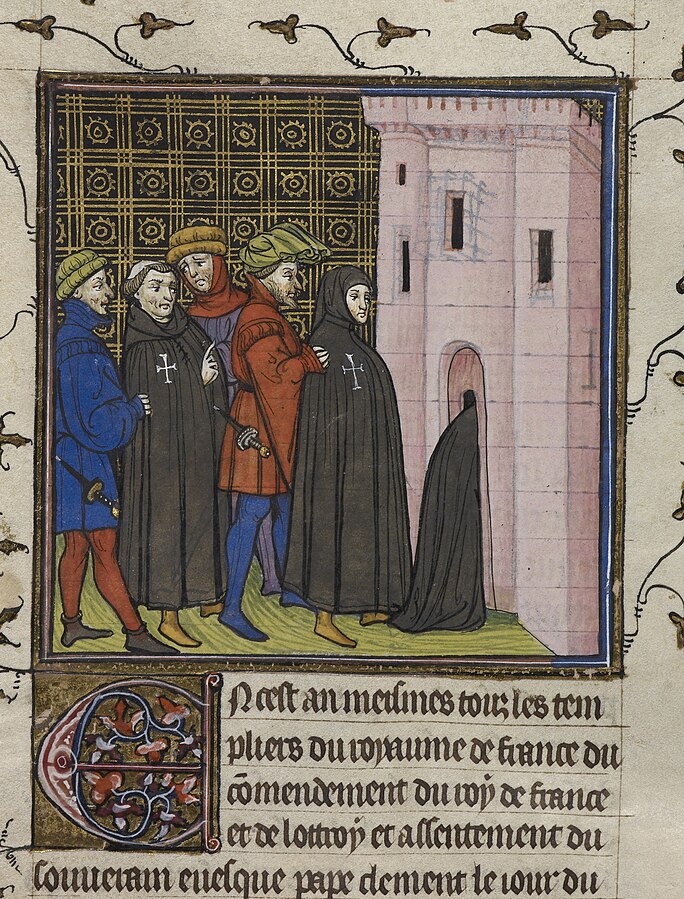 We can consider that the great majority of the brothers of the Temple were indeed arrested throughout the kingdom of France, during the raid of October 13, 1307. But because the Order was international, one can wonder what was the fate of the Templars in other countries. Here are the facts for England, Aragon, Castile-Leon and the Templars headquarters Cyprus.

In England, King Edward II could have followed the example of his stepfather Philippe le Bel, King of France. The Templars of his kingdom held much properties and were too few in number to put up any serious resistance. Yet the King of England, unlike his counterpart on the other side of the Channel, at first gave no credit to the charges against the Temple and chose not to bring anything against them. Edward II, however, rallied on December 14, 1307 to the pope's decision to authorize the arrest of the brothers. They were seized on the following January 10, 1308 and immediately heard. But the conditions of detention were probably less painful than in France. Especially without the use of torture, their confessions had nothing in common with those of their counterparts on the continent and mainly did not establish any reprehensible fault.

King James I of Aragon behaved in a manner quite similar to the King of England. But due to the Reconquista, the Order there had a large number of fighters who were working in the defense of the kingdom and who therefore benefited from royal clemency. Yet the king did not take long in rallying to the wishes of the Pope, although without much enthusiasm. In Aragon no condemnable confession was encountered. In the kingdoms of Castile-Leon and Portugal, the arrest did not take place until 1308 and gave very poor results.

It was in Cyprus that the resistance to the arrest order was fiercest. The island was indeed home to the Templar headquarters, and the temple marshal, the highest dignitary present, refused to hand over the arms and the treasure. The brothers, 83 knights and 35 sergeants, had a declaration read publicly exonerating the Order. Yet yielding to pressure from the King of France, the governor of the island proceeded to arrest the brothers at the end of May 1308. The British historian Malcom Barber estimates that on this occasion a large part of the treasure of the escaped the authorities without it being known where the Knights Templar concealed it.

Email ThisBlogThis!Share to TwitterShare to FacebookShare to Pinterest
Libellés : 1307, arrest