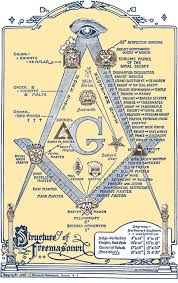 Templar history has always been accompanied by myths. How to distinguish?

The French author Honoré de Balzac, for instance, in 1836 proposed a current of thought according to which the Templar Order had not disappeared despite the trial and the verdict of dissolution that followed, but emerged at the same time as Freemasonry. The Temple was supposed to have survived, underground, within the Freemasons, which may have been a real guild of tradesmen in the Middle Ages but by the Early Modern Era, had kept only the symbolism and imagery of masons.

However, this idea of continuity with Jacques de Molay’s fellow brethren did not come from the first Freemasons (1717), who, until the mid-eighteenth century, only attributed the Crusader Knights with transmitting the wisdom of the Temple of Solomon’s builders. Once this myth had been created, the temptation was strong to associate it with the Templar Order itself, as it was thought that the Temple of Solomon had been their headquarters, a building at the heart of the architectural metaphors of Freemason lodges.

The threshold was crossed in France in about 1750, but it was in Germany that the Freemasons decided to use Templar hierarchies in order to establish a system of rank, a clear shift away from the original egalitarianism of original Freemasonry. Several of the creators of this German Templarism, such as Karl Gotthelf von Hund and Johann August Starck, were very familiar with France, where these ideas spread rapidly. At the end of the Ancien Régime (16th century - 1789 French Revolution), and even more so at the beginning of the Revolution, Templar Freemasonry gained ground in Paris and in the provinces, particularly in eastern France.

Many Freemasons continued to claim the Templar legacy and some of them even had a project to recreate the Order. Coming from the Loge des chevaliers de la Croix, a new Order of the Temple took shape. Founded by doctor Bernard-Raymond Fabré-Palaprat, who was proclaimed Grand Master in November 1804, this new order enjoyed a certain prosperity thanks to Imperial benevolence, openly celebrating the anniversary of Jacques de Molay’s death in 1808 with great fanfare. From the Restoration (1814-1830), however, the institution was weakened by repeated schisms, became less visible, and in 1870 it disappeared.

Email ThisBlogThis!Share to TwitterShare to FacebookShare to Pinterest
Libellés : freemasonry