Beliefs of the Knights Templar: Baphomet or Christ? 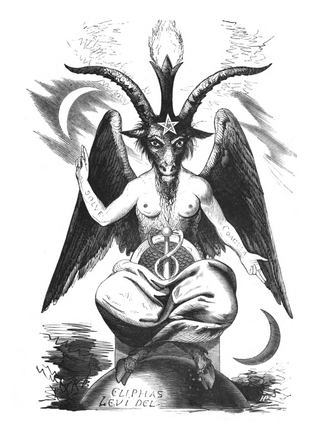 Time and again the theory is put forward that the Knights Templar worshiped "Baphomet". This is a demonic entity who later became a symbol for Satanic worships. During the Inquisition of the Templars in the 14th century, the knights were accused of worshipping this figure.

The famous icon of Baphomet as a goat-headed idol, however, only emerged much later on. This icon quickly became a symbol of the occult, specifically as a representation of evil and the Devil.

Now what were the beliefs of the Knights Templar: Baphomet or Christ?


The earliest known reference to Baphomet can be traced back to a letter written by a French crusader in 1098. According to the crusader, the Muslims in the Holy Land called upon a certain ‘Baphometh’ prior to battle. It is commonly accepted today that this name is a corruption of Muhammad, the founder of Islam. European Christians at the time perceived Islam as the worship of Muhammad, which they considered idolatry.

During the trial of the Templars at the onset of the 14 century, some of the Templars admitted to worshipping an idol, but it seems that their accounts were inconsistent. For instance, some claimed that the idol was the severed head of St. John the Baptist, whilst others claimed that it was the statue of a cat with three faces. The infamous figure of Baphomet as a goat-headed idol was not mentioned by any of the Templars under trial.

It was only in 1854 that Baphomet became the goat-headed figure that we are familiar with today. It  was Eliphas Levi, a French ceremonial magician, who re-imagined Baphomet as a figure he called the ‘Sabbatic Goat’.

As presented in an earlier blog, the records of the Templars’ estates in Britain and Ireland at the time of the Templars’ arrests early in 1308 include inventories of their chapels, offering an insight into the Templars’ religious practices. Is there anything in these inventories to suggest that there was substance behind the charges against the Templars? Drawing on unpublished and published inventories and estate records from the National Archives of the UK, it can be argued that, far from revealing irregularities, these records show that the Templars’ beliefs were entirely Christian orthodox.


The first part of this blog consists of slightly edited quotes from the post "Baphomet: Was the Diabolical Demon Really Worshipped by Knights Templars?" by DHWTY, posted in Ancient Origins. Go here to read the complete text. The last paragraph is based on the 2018 paper by Helen Nicholson entitled "Evidence of the Templars' religious practice from the records of the Templars' estates in Britain and Ireland in 1308", published on academia.edu. Illustration: The 19th-century depiction of a Sabbatic Goat, created by Éliphas Lévi (Dogme et Rituel de la Haute Magie, 1856). The arms bear the Latin words SOLVE (dissolve) and COAGULA (clot/precipitate), alchemistic terms. source Wikipedia