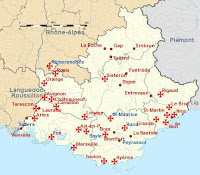 
Support TemplarsNow™ by becoming a Patron, tipping us or buying one of our Reliable Books.