Philosophy and Christian context of the Crusades

The philosophy of the crusades is summarized by Christopher Tyerman as follows:

"The crusades were wars justified by faith conducted against real or imagined enemies deﬁned by religious and political elites as perceived threats to the Christian faithful. The religious beliefs crucial to such warfare placed enormous significance on imagined awesome but reassuring supernatural forces of overwhelming power and proximity that were nevertheless expressed in hard concrete physical acts: prayer, penance, giving alms, attending church, pilgrimage, violence. 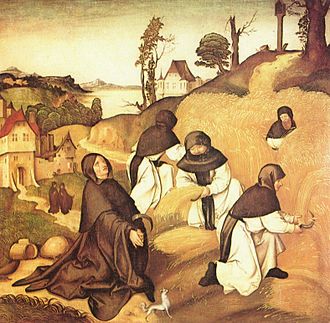 "The promotion of the tenets of their faith on one hand and desire to return to the simplicity of early monasticism on the other, permitted the Cistercians (...) art and architecture. (...) As St Bernard envisaged the Earth as the work of Divine Architect, he himself as a head of his order, actively participated in many practical aspects of founding new Cistercian monasteries, including solving concrete architectural problems. (...)

Templars in Art: The Abduction of Rebecca 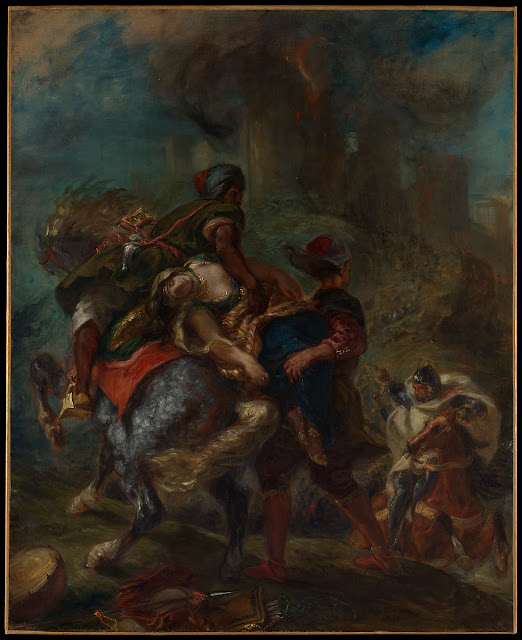 Throughout his career, Delacroix was inspired by the novels of Sir Walter Scott, a favorite author of the French Romantics. This painting depicts a scene from Ivanhoe: the Jewish heroine Rebecca, who had been confined in the castle of Front de Boeuf (seen in flames), is carried off by two Saracen slaves commanded by the covetous Christian knight Bois-Guilbert. The contorted, interlocking poses and compacted space, which shifts abruptly from the elevated foregound to the fortress behind, create a sense of intense drama. Apart from the still life at lower left, the only element of calm is Rebecca herself.

The painting is kept at Metropolitan Museum of Art, (Met Fifth Avenie in Gallery 801). The present picture is Public domain published by the MetMuseum. Text from the same website. Another version is kept at the Musée du Louvre. 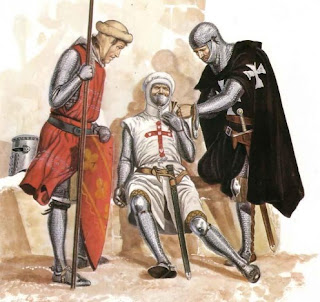