"The Templars in Bretagne (France) during the Middle Ages" 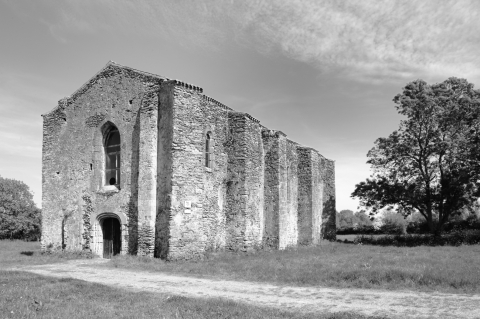 The Templars established themselves in the duchy of Brittany in the second quarter of the twelfth century, perhaps as early as 1128, during the travels in western Europe of the first master of the order, Hugh of Payns.

The Templars lived on well beyond the Middle Ages in the local collective memory, in spite of the poorness of the buildings which may be directly ascribed to them.

Even if the present paper is interested in the traditions and myths the Templars provoked in Brittany, it is based on medieval and modern sources which are not as scarce as scholars have often thought.

Thus, over a period of two hundred years, this study explains the Templars’ regional growth, violently broken by the trial of 1307, and it throws light on the establishment of a complete network of possessions organized at its peak, during the second half of the thirteenth century, in about ten commanderies and integrated in the province of Aquitaine.