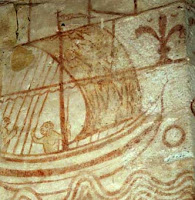 "Groundbreaking Agreement Brings OSMTJ and OSMTHU Templars to the Table"

In June 2019 the OSMTHU-blog The Templar Globe reported on an agreement signed between the OSMTJ and the OSMTHU. Both organizations aim to conteract fragmentation in the worldwide Templar movement. This movement, as the publication rightly states, "is characterized by many small groups of undetermined origin and frequent divisions in the main branches."

For the purpose of unification a Cultural Exchange Association between both branches was proposed.  Efgorts are undertaken to elect Vila Nova da Barquinha – of the Castle of Almourol, location of the Templar Interpretation Center (CIT), as the official seat of this Association.