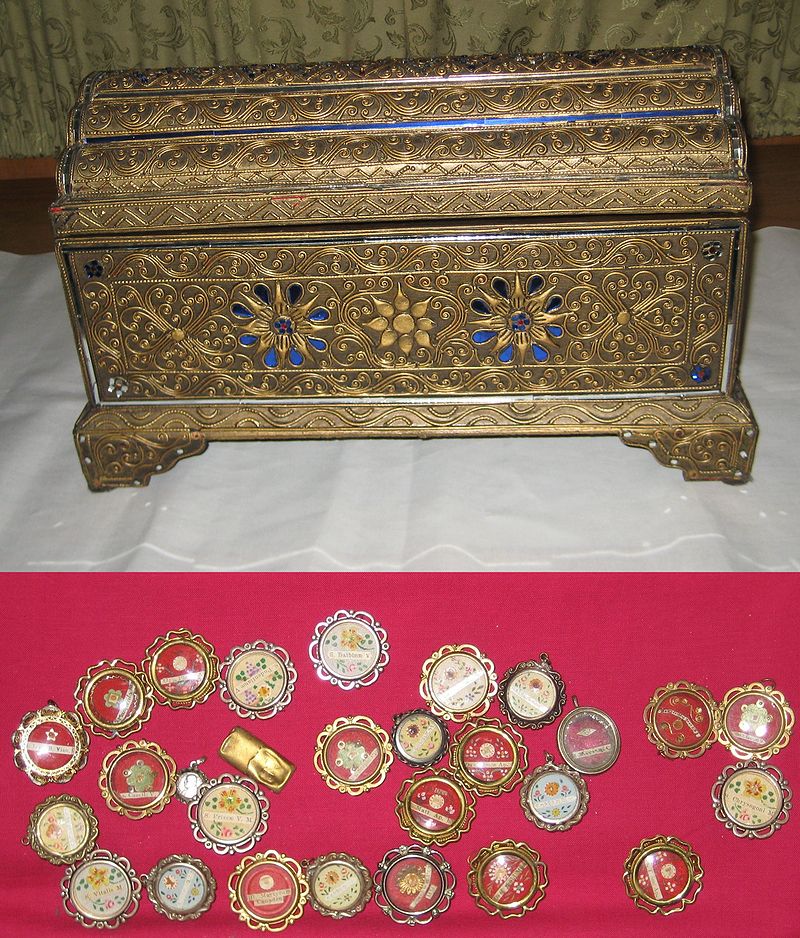 "The fathers of the church were not altogether happy about this new fashion (of 4th century pilgrimage to the Holy Land, TN). Even Jerome, though he recommended a visit to Palestine to his friend Desiderius as an act of faith and declared that his sojourn there enabled him to understand the Scriptures more clearly, confessed that nothing really was missed by a failure to make the pilgrirnage. St. Augustine openly denounced pilgrimages as being irrelevant and even dangerous. (...) But the general public ignored such strictures, preferring to believe that the interesting journey brought spiritual merit as well.

To many of the pilgrims crowding to Palestine half the point of the journey was the possibility of buying some important relic with which to sanctify their churches at home. The greater number of the early saints and martyrs had lived in the east, and it was in the east that their relics could be found. It was now generally held that divine aid could be obtained at the graves of the saints, as the Spaniard Prudentius and the Italian Ennodius taught, while St. Ambrose himself believed in the efﬁcacy of relics and sought to discover some. St. Basil of Caesarea was a little more cautious. He was prepared to believe that relics might have some divine power, but he wished to be absolutely certain of their authenticity. Here again popular enthusiasm was undeterred by the caution of the fathers.

The major Christian relics remained in the east, those of Christ being gradually moved from Jerusalem to Constantinople and those of the saints being preserved at their native homes. But it was often possible for a lucky pilgrirn to acquire some lesser relic, while others were brought to the west by enterprising merchants."