11th Century Cluniac promotion of pilgrimage to the Holy Land 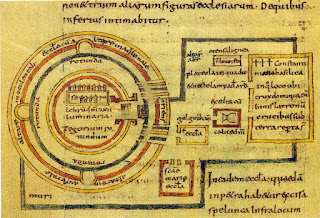 In 910 count William I of Aquitaine founded the abbey of Cluny, and in a few decades Cluny became the center of a vast ecclesiastical nexus, closely controlled by the mother-house, which itself owed obedience to the papacy alone. The Cluniacs took an interest in pilgrimage, and soon organized the journey to the Spanish shrines.

By the end of the 10th century they were popularizing the journey to Jerusalem and were building hostels along the route for the beneﬁt of poorer pilgrims. They particularly encouraged pilgrims from the neighborhood of their great houses. (...) The dukes of Normandy and the counts of Anjou both were devoted patrons of the Cluniac movement; and we ﬁnd Fulk III Nerra of Anjou (970–1040) making three journeys to Palestine, all well merited by his sins, and Richard lll of Normandy (ca 997–1027) collecting alms for the Palestinian shrines, which his brother duke Robert visited at the head of a large company in 1035. But it was the poorer folk that the Cluniacs particularly helped and enabled to go east in smaller independent groups.

Political events aided the Cluniacs in their work. About the beginning of the eleventh century the mad Fâtimid caliph al Häkim (985-1021) began to persecute the Christians throughout his dominions and to destroy their Churches, including the church of the Holy Sepulcher itself; and during his reign pilgrimage was dangerous. Later, he persecuted the Moslims as well; and after his death there was a reaction in favor of religious toleration. The Byzantine emperor Romanus III (c. 968-1034) made a treaty with al-Hâkims successors Ali az-Zahir (1005-1036), allowing him to rebuild the Sepulcher, and the treaty was conﬁrmed in the time of Constantine IX, who sent his own workmen to set about the work.