Diversity and multiculturalism in the medieval world - theory and practise - quotes 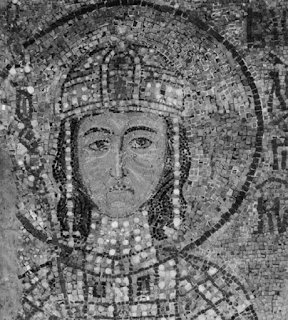 "The concepts of diversity and multiculturalism seem, in many respects, to be associated with modernity. However, linguistic and religious diversity were facts of everyday life throughout the medieval world. And—very much like today—diversity had its share of proponents and its discontents.

In considering the religious diversity of the medieval Middle East, scholars often praise Islam for inclusive policies toward Christians and Jews, even when aspects of those policies were discriminatory. The concept of dhimma—the protection of the “people of  he book”—meant that Christians and Jews could continue practicing their own religions even when conquered by Muslims. In fact, the model of dhimma as defined in the Quran and in the hadith (the sayings of the Prophet Muhammad) stipulated that while Christians and Jews must pay a supplemental tax in exchange for exemption from military service, they were not to be forcibly converted to Islam. Dhimma policies thus stipulated a separate tax (which can be considered discriminatory), and yet the tax non-Muslims paid granted them privileges and allowed them to practice their faiths. In fact, dhimma as a concept was considered a novelty of tolerance when it was elaborated in the seventh century.

The protection of the “people of the book” was prescribed by the Quran and the hadith, but some descriptive sources from the medieval period (from the seventh through the fifteenth centuries) show that these prescriptions were not always followed. For example, in many cities under Islamic rule, Christians and Jews were compelled to wear specific colors and/or types of clothing in order to physically distinguish themselves from Muslims. Non-Muslims were not allowed to mount horses in certain cities and towns, and making public noise associated with Christian and Jewish religious practices, such as chanting, singing, and bell-ringing, was discouraged and occasionally considered a punishable offense. Forced conversion was legally restricted, but in practice, mechanisms to encourage conversion were occasionally developed and even institutionalized as a means to integrate local non-Muslim populations into the larger Muslim society. For instance, under a practice known as devshirme (literally, “collecting”), Christian children were recruited to serve in the Ottoman army and court. Ottoman representatives visited various towns with large Christian populations in order to force boys into service. They were separated from their families, converted to Islam, learned Turkish, and either entered into military service or began working at the palace.

While this practice was criticized by some Christians living in the Ottoman Empire, it also meant that some of the most important functionaries of the Ottoman State were, in fact, of Christian origin. And some of them did maintain ties with their families, whether in the Balkans or in Anatolia."

This blog quotes from "Diversity in the Medieval Middle East - Inclusions, Exclusions, Supporters, and Discontents" by Rachel Goshgarian; illustration from the same source, showing The Byzantine emperor Alexios Comnenos, who ruled from 1081 to 1118; Photo public domain of the United States. http://commons.wikimedia.org/wiki/File:Alexios_Komnenos_(1106-1142).jpg.)


Support TemplarsNow™ by becoming a Patron, tipping us or buying one of our Reliable Books.
No comments: