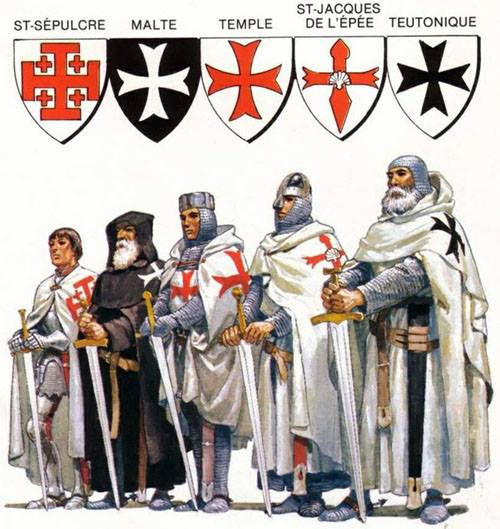 "Ultimately the financial support of the military orders and the confraternities derived from the alms and legacies of the faithful. By his gift to one of the orders any Christian could share in the great enterprise and in the spiritual rewards promised to crusaders.

As early as 1101 pope Paschal II joined with the patriarch of Jerusalem, Daimbert of Pisa, in offering an indefinite remission of penance to those who gave aid to the Hospital. Innocent II in 1131 promised remission of one seventh of enjoined penance to those who gave of their goods to the Hospital, and the same privilege was soon extended to the Temple.

Confraternities also received indulgences and could pass on some of their rewards to those who supported them. Great gifts as well as innumerable small ones were made: in 1134 Alfonso I of Aragon bequeathed a third of his kingdom to the two military orders and the Holy Sepulcher; Bela of Hungary, Byzantine heir-apparent and "duke", in 1163—1169 gave 10,000 gold bezants to the Hospital; and Henry II of England sent 30,000 marks sterling to the Templars and the Hospitallers for the defense of Tyre in 1188. Until the Third Crusade the Hospital and the Temple were the usual recipients of alms and legacies for the Holy Land."