"An Analysis of Prophet Muhammad’s Covenants with Christians" 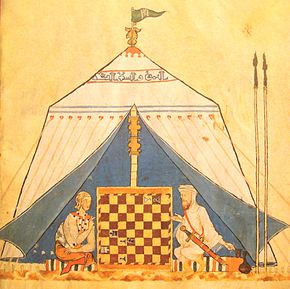 In his paper "Religious Pluralism and Civic Rights in a “Muslim Nation”: An Analysis of Prophet Muhammad’s Covenants with Christians" Craig Considine

"examines the roles that religious pluralism and civic rights played in Prophet Muhammad’s vision of a “Muslim nation”.

He demonstrates how Muhammad desired a pluralistic society in which citizenship and equal rights were granted to all people regardless of religious beliefs and practices. The Covenants of the Prophet Muhammad with the Christians of his time are used as a framework for analysis. These documents have received little attention in our time, but their messages are crucial in light of current debates about Muslim-Christian relations.

The article campaigns for reviving the egalitarian spirit of the Covenants by refocusing our understanding of the ummah as a site for religious freedom and civil rights. Ultimately, Considine argues that the Covenants of Prophet Muhammad with the Christians of his time can be used to develop a stronger narrative of democratic partnership between Muslims and Christians in the “Islamic world” and beyond."

This blog contains the (slightly edited) entire Introduction to the following paper: Considine, C. Religious Pluralism and Civic Rights in a “Muslim Nation”: An Analysis of Prophet Muhammad’s Covenants with Christians. Religions 2016, 7, 1, which can be found at www.mdpi.com.  Illustration: A Christian and a Muslim playing chess, illustration from the Book of Games of Alfonso X (c. 1285; from wikipedia.org

"The privileges of popes and princes for the crusaders reveal the great importance of credit arrangements in financing the crusades. From the First Crusade on the popes took not only the persons of the crusaders and their families but also their property under papal protection. Crusaders who found it difficult to secure the return of pledged lands were able thus to call upon the church for help. ...


(Pope) Eugenius III in 1145 conceded to crusaders the privilege of pledging lands, even fiefs, without the consent of relatives or lords, if the latter were not themselves willing to lend the money needed. At the same time Eugenius granted crusaders a moratorium on repayment of debts and sought to free them from the payment of interest on loans while they were under the cross"
Quotes from Zacour, N. P.; Hazard, H. W. (ed.) / The impact of the Crusades on Europe (1989), Chapter IV, "Financing the Crusades". The quotes presented here focus on the situation in the first half of the 12th century. Illustration: Pope Eugene III from this source

"Ultimately the financial support of the military orders and the confraternities derived from the alms and legacies of the faithful. By his gift to one of the orders any Christian could share in the great enterprise and in the spiritual rewards promised to crusaders.

As early as 1101 pope Paschal II joined with the patriarch of Jerusalem, Daimbert of Pisa, in offering an indefinite remission of penance to those who gave aid to the Hospital. Innocent II in 1131 promised remission of one seventh of enjoined penance to those who gave of their goods to the Hospital, and the same privilege was soon extended to the Temple.

Confraternities also received indulgences and could pass on some of their rewards to those who supported them. Great gifts as well as innumerable small ones were made: in 1134 Alfonso I of Aragon bequeathed a third of his kingdom to the two military orders and the Holy Sepulcher; Bela of Hungary, Byzantine heir-apparent and "duke", in 1163—1169 gave 10,000 gold bezants to the Hospital; and Henry II of England sent 30,000 marks sterling to the Templars and the Hospitallers for the defense of Tyre in 1188. Until the Third Crusade the Hospital and the Temple were the usual recipients of alms and legacies for the Holy Land."