At the same event a new Knights Sword was consecrated. In the future thus Sword will be used to knight new member of the Knights Templar.

For further information go to www.osmth-mco.eu

"The Rule of St. Benedict Compared with the Rule of the Templars"


The Primitive Rule of the Templars had as a model the Rule of St. Benedict, influenced greatly by the reformed Cistercian version, and from this base developed their own distinct code of military, spiritual, and everyday life. As a result, the Benedictine and Templar Rules (hereafter BR and TR, respectively; TN) bear considerable similarities. Both the Templars and Benedictines prescribe leaders expecting complete obedience and in turn showing kindness, mercy, and fatherly care. To govern successfully, these men should seek counsel and appoint able subordinates. Elections allow the orders to choose the most capable brothers to be the head. Both rules also create similar initiation processes, vows and duties, restrictions, and prayer procedures for the brethren....

While the Abbot and Master stand atop their communities as representatives of Christ, both Rules highly recommend the usage of counsels to deal with problems. In this way, the leader can weigh several wise options and use his final judgement to resolve whatever is at hand. He is urged by the [Benedictine] Rule to take the advice of the brethren before taking policy decisions. Chapter 3 of RB illustrates the value of consulting the entire community on an important matter. Old and young hold equal weight, and should offer calm, helpful advice without getting too opinionated adamant. In lesser affairs, the Abbot need only consult senior brothers for advice. ...

Besides leaders, Templar and Benedictine brothers both follow comparable codes of life in accordance with their respective Rules, excluding the former's taking up of arms to wage physical battle against God's enemies. They take similar vows, must avoid similar transgressions, and dedicate good portions of their time to humble prayer and reflection. Secular knights enter the Templar ranks, but must change their livelihood to a one of discipline, purity, and hard work, placing aside the superficialities and temptations of secular life for the service of the Lord; they arm themselves not with gold, but inside with faith. The Templars follow virtues and ideals espoused by the Benedictine Rule from which their own Rule borrowed greatly.....

From leadership to the responsibilities and prayer methods of the brethren, the Rule of the Templars contains strong parallels to the Benedictine Rule. Though the military aspects of the Templars turned them into an international, wealthy powerhouse, their code of life in theory never lost traces of St. Benedict's influence. Though the Benedictine and Templar Rules were not followed to the letter throughout history, their messages are timeless. Benedict's Rule carries weight today, not only adapted by orders such as the Cistercians, but valuable to anyone seeking a life of piety and simplicity. Equally immortal are the Templars, who stand tall in history as "lions of war and lambs at the hearth; rough knights on the battlefield, pious monks in the chapel; formidable to the enemies of Christ, gentleness itself to His friends."

This blog quotes from an essay by Steven Grobschmidt which grew out of a paper written for an undergraduate course on the Crusades, published in full on the-orb.arlima.net. Copyright (C) 1997, Steven Grobschmidt.

"Who were the first Norwegian crusaders?" 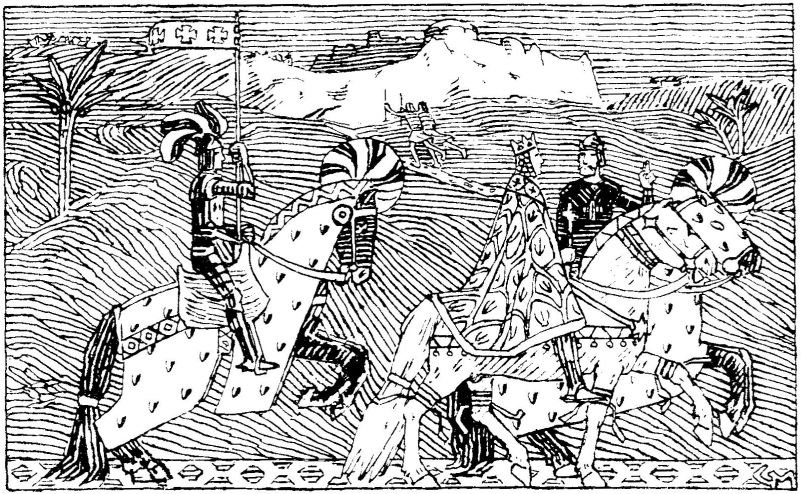 "Several thousand Norwegians answered the call of the Pope to undertake the perilous journey to Jerusalem. ...

The Crusades were originally seen as pilgrimages. In the centuries before the Crusades there was a religious resurgence in Europe. Pilgrimages were an important part of religious life. Initially these journeys were both short and local, but during the 11th century they became more extensive and lengthy. One important goal was the Church of the Holy Sepulchre in Jerusalem. ... Jerusalem became increasingly important over the course of the 11th century.

Although there are very few sources that shed light on the number of Scandinavian pilgrims and where they were going, about 750 Scandinavian names were recorded in the register of a German monastery in the 11th and 12th centuries, which noted these visitors were pilgrims passing through. “Norwegian participation in the Crusades should be seen as a continuation of the tradition of making a pilgrimage,” Pål Berg Svenungsen (a PhD candidate in history at the University of Bergen, who has tried to collect what we know about Norway and the Crusades from 1050 and 1350) said, with one important difference: These pilgrims had weapons...

The most famous Norwegian crusader is King Sigurd I Magnusson. He was also called Jorsalfare, in recognition of the fact that he had travelled to Jerusalem. But the first Norwegian credited with making the journey was Skofte Ogmundsson, a rich magnate from Giske in western Norway who was said to have gone to Jerusalem in 1101, two years after the city had been conquered by the first Crusaders.

Exactly why Skofte decided to take this trip is unclear, and the only source is Snorri Sturluson’s Old Norsk saga, Heimskringla, Svenungsen said. ... Skofte never made it to Jerusalem, because he died in the Mediterranean on the journey there. But some of the people who travelled in the five ships he was said to have brought with him returned with news about the religious city, which in turn spurred the well-known journey of Sigurd in 1108.

“Part of what is so interesting about Sigurd is that we have multiple, concurrent sources about his journey to Jerusalem,” Svenungsen said. Sigurd, who shared the throne with two half-brothers, launched a much larger expedition than Skofte, with a total of 60 ships that sailed from Norway in 1108. Various historians have estimated that anywhere from 2,000 to 10,000 men were on the ships, Svenungsen said.

Sigurd helped Baldwin I, King of Jerusalem, to consolidate his position in the Middle East, and he participated in the siege of Sidon in 1110. Sidon is located in today’s Lebanon, and the city was besieged by Sigurd from the sea and by Baldwin from the land. But this was also a pilgrimage, and Sigurd visited all the holy places while he was there. He returned to Norway in 1111. Sigurd donated all his ships to the emperor Alexeios I of Constantinople, today's Istanbul, and then travelled along country roads through Europe to return home.

Subsequently, the Earl of Orkney, Ragnvald Kale Kollsson, embarked for the Holy Lands in 1153. The magnate Erling Skakke travelled there between 1153 and 1155. ...“Many of those who went from both Norway and Europe were not poor, they were among Europe's most powerful and richest men. They had much more to lose than to win,” Svenungsen said. But seen in the larger context of religious movements across Europe, the Crusades make sense, he said. “A crusade became a kind of alternative to entering a monastery, and knights could thus serve God in other ways,” he said."

This link leads to the Charles Wilson and Charles Warren map collection with notes (1864 AD) of the Jerusalem Temple Mount, with detailed descriptions and reconstructions. 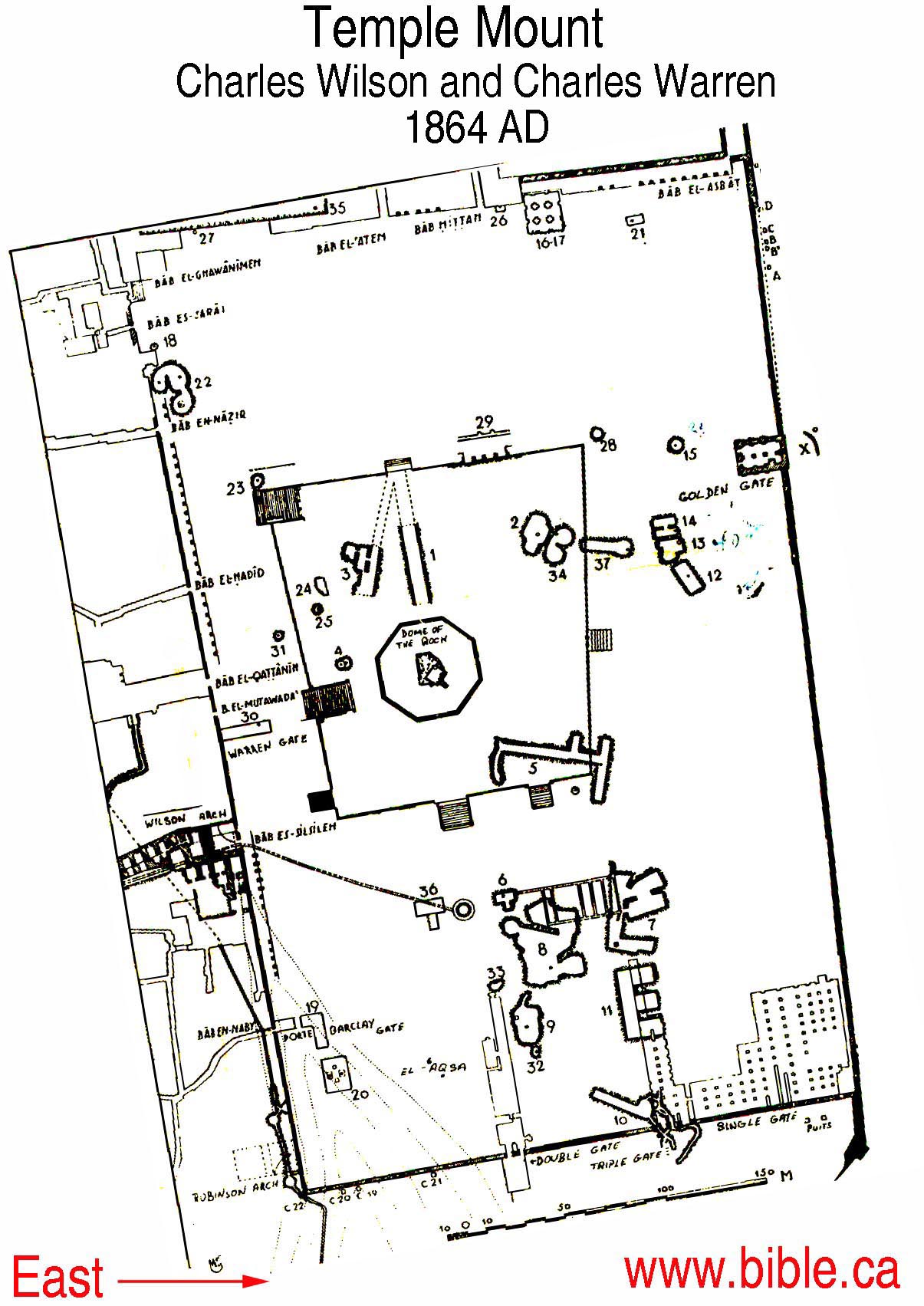 Note "Salomon's Stables" in the right hand corner (the dotted pattern), which probably were used by the Knights Templars, while their House was at what now is the Al-Aqsa  Mosque, located near the southwestern tip of the Temple platform.

Frisian ("Dutch") participation in the Crusades

"Frisian *) participation in the Crusades is attested from the very beginning of the First Crusade, but their presence is only felt substantially during the Fifth Crusade. They participated in almost all the major Crusades and the Reconquista.