"In the eleventh century, when pilgrimages to Jerusalem had greatly increased, some Italian merchants of Amalfi, who carried on a lucrative trade with Palestine, purchased of the Caliph Monstasser-billah, a piece of ground in the christian quarter of the Holy City, near the Church of the Resurrection, whereon two hospitals were constructed, the one being appropriated for the reception of male pilgrims, and the other for females.

Several pious and charitable Christians, chiefly from Europe, devoted themselves in these hospitals to constant attendance upon the sick and destitute.

Two chapels were erected, the one annexed to the female establishment being dedicated to St. Mary Magdalene, and the other to St. John the Eleemosynary, a canonized patriarch of Alexandria, remarkable for his exceeding charity. The pious and kind-hearted people who here attended upon the sick pilgrims, clothed the naked and fed the hungry, were called “The Hospitallers of Saint John.”

On the conquest of Jerusalem by the Crusaders (1199; TN), these charitable persons were naturally regarded with the greatest esteem and reverence by their fellow-christians from the west; many of the soldiers of the Cross, smitten with their piety and zeal, desired to participate in their good offices, and the Hospitallers, animated by the religious enthusiasm of the day, determined to renounce the world, and devote the remainder of their lives to pious duties and constant attendance upon the sick. They took the customary monastic vows of obedience, chastity, and poverty, and assumed as their distinguishing habit a black mantle with a white cross on the breast. Various lands and possessions were granted them by the lords and princes of the Crusade, both in Palestine and in Europe, and the order of the hospital of St. John speedily became a great and powerful institution." 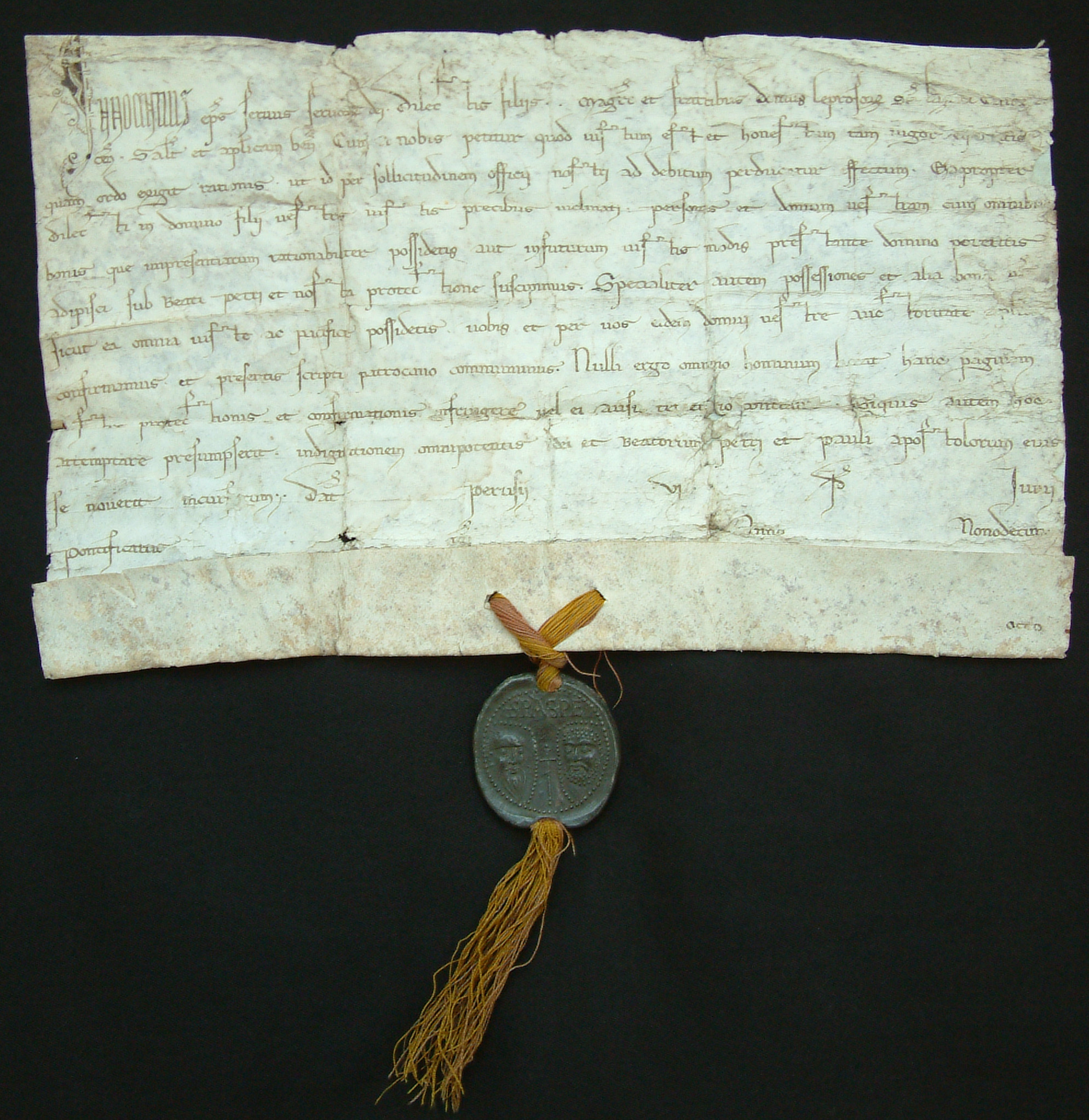 Video of the Great Priory of the Knights Templar International Chapter of France held in Paris, 16-18 March 2012 "Remembering the Grand Prior of Jacques de Molay". 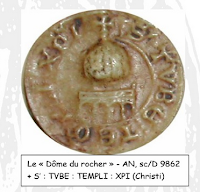 "The first seal that we are aware of is one of Grand Master Everard de Barres, a small wax seal from 1147 with the inscription “TUBE: TEMPLI: XPI. ....  Seals were used to validate letters, edicts and documents. With these seals, the authenticity of the document was validated.

Since at the time, the fabrication of a seal was quite labor intensive and difficult and a majority of the population were illiterate; the religious orders had their own seals and each one of them had its particular characteristics. There was a Templar seal with both inscriptions, on the obverse the two knights astride one horse and the reverse the Dome of the Rock, and, another one smaller in size with only the image of the Dome of the Boulder as it was referred to at that time. As time went on, special measures were taken to regulate its use and it was kept in a special chest that required three keys to open, one was in the Master’s possession and the other two were held by Templar officials of the utmost confidence.

For all three faiths, the center, the alpha and the Omega is Jerusalem, and in the Holy City the center is, without a doubt, Solomon’s Temple. Although not being physically, there it still emanates that special magnetism, greater than any other Sacred Space. .... As stated earlier, all that remains is the Wailing or Western Wall, but its center is located precisely on the rock sheltered by the Dome. This reminds us in a subtle way that all radiates from that center and all returns to it. It is the way of the initiate and of the Templars or, a certain part of them, were knowing and guardians of that symbolic world that reminds us of that forgotten path, the way to our own center. This is the symbology of the seal of the Dome of the Rock, a reminder of what direction a Knight Templar must look, towards the center of his own heart."

This blog quotes from an article "The Templar Seal - Dome of the Rock" by Fuensanta Santos de la Rubia in the May 2016 OSMTJ Spain The Graal Magazine to be downloaded here. The text and interpunction was slightly improved source quote and illustration. 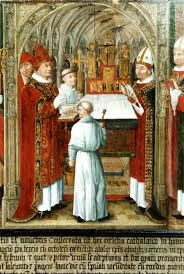 "'Militea Dei’, the third of the papal bulls, issued by Pope Eugenius III in 1145, is very similar in both content and style to ‘Milites templi’. The bull begins with praise for the knights’ efforts for the eastern church, drawing attention yet again to important military task the Order was saddled with. The bull moves on, much like the bull before it, to compel the clergy again to gather resources for the Templars. 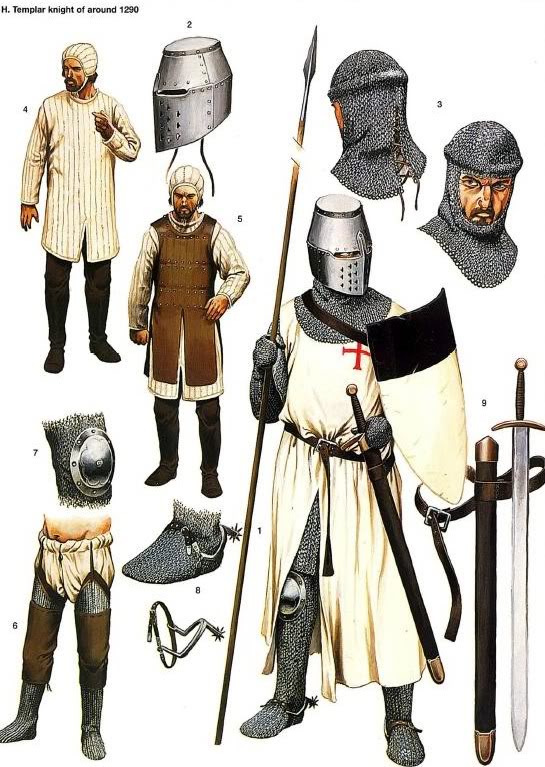