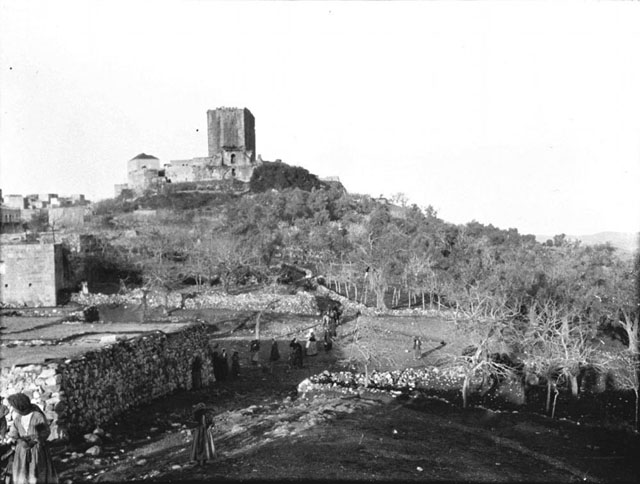 Conspiracy theorists would have it that the Knights Templar, especially in their early decades, did not do much more than excavating under the Temple Mountain, finding all kinds of esoteric items, and bringing those to Europe. Is this reality or did the Templars have practical tasks?


For a while (following their foundation in 1119-1120 for protecting pilgrims in the Holy Land; TN) the Templars seem to have organized their patrols of the pilgrim sites from Jerusalem, but within a few decades they and the Hospitallers had set up strongholds across the country.

With the notable exception of Gaza, given to the Templars after its restoration by King Baldwin IV 1149-50 but before 1153, and Bethgibelin, built and given to the Hospitallers already in 1136, which both were intended to effectively stave off the Fatimid garrison of Ascalon, most military fortifications which the two military orders had created or taken over in the Latin kingdom before c.1168 fulfilled the double purpose of guarding a pilgrim site and protecting the road leading to, from or through it.

Most of these early fortifications were firmly situated within the perceived borders of the kingdom of Jerusalem. But by 1170 the military orders in the Kingdom of Jerusalem had started establishing new castles and towers in regions that were at the fringes of Frankish authority. To consolidate Frankish authority effectively, these forward castles functioned as centres of a new administration that extended its power into the landscape and exerted its authority over the nomadic tribes by binding them to the land or the law.

The castles of the military orders were, in short, exactly what Raymond Smail believed crusader castles to be: economic administrative centres that allowed their owners or keepers to control and exploit the rural population, to police the surrounding landscape and to control nomadic tribes.

Moreover, it was an instrument to get a tighter grip on the Bedouins, who, if they were local tribes, had until then been living under royal and not a particular lordship’s protection, but who were also roaming outside the perceived borders of the Kingdom in great numbers. The right to charge them pasture taxes and annual fees if they crossed into Frankish territory was a lucrative financial asset which, however, also gave the recipient a duty to monitor them. TheTemplars and Hospitallers took on these responsibilities after 1160 and probably before.

Quoted from the paper "Nomadic Violence in the First Latin Kingdom of Jerusalem and the Military Orders" by Jochen G. Schenk, published on www.academia.edu. Illustration Castle Blanc in present day Syria, photographed in 1905 by Gertrude Bell (source)