Sufism in muslim religious trends during the Middle Ages 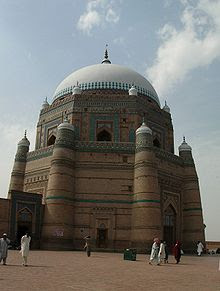 The contradictory trends in Islamic civilization - social strife and political divisions versus expanding trading links and intellectual creativity - were strongly reflected in divergent trends in religious development in the later centuries of the caliphate.

On the one hand, Sufist mysticism injected Islam with a new vibrancy and expansiveness; on the other hand, orthodox religious scholars, such as the ulama, grew increasingly suspicious of and hostile to non-Islamic ideas and scientific thinking. The Crusades had given great impetus to the latter trend, particularly with regard to Muslim borrowing from ancient Greek learning that the ulama associated with the aggressive civilizations of Christian Europe.

Many orthodox scholars came to suspect that the propensity for empirical testing and seemingly endless questioning of the Greek tradition posed potential challenges to the absolute authority of the Quran, which they insisted was the final, perfect, and complete revelation of an all-knowing divinity.

Brilliant thinkers like al-Ghazali (1058-1111), who was perhaps the greatest of Islamic theologians and whose ideas indirectly influenced major Christian European philosophers such as Thomas Aquinas, struggled to fuse the Greek and Quranic traditions, achieving mixed success in terms of acceptance by orthodox scholars.

Much of the religious vitality in Islam in the later Abbasid period (750-1258) was centered in the Sufist movement. Like the Buddhist and Hindu holy men earlier in India, Sufis (whose title was derived from the woolen robes they wore) were wandering mystics who sought a personal union with God. In its various guises - including both Sunni and Shi'a manifestations - Sufism was a reaction against the impersonal and abstract divinity that many ulama scholars argued was the true God of the Quran.