At dawn on Friday, 13 October 1307 (a date sometimes spuriously linked with the origin of the Friday the 13th superstition) King Philip IV ordered de Molay and scores of other French Templars to be simultaneously arrested.

The arrest warrant started with the phrase : "Dieu n'est pas content, nous avons des ennemis de la foi dans le Royaume" ["God is not pleased. We have enemies of the faith in the kingdom"].
Claims were made that during Templar admission ceremonies, recruits were forced to spit on the cross, deny Christ, and engage in indecent kissing. Brethren were also accused of worshiping idols, and the order was said to have encouraged homosexual practices. The Templars were charged with numerous other offences, financial corruption and fraud, and secrecy. Many of the accused confessed to these charges under torture, and these confessions, even though obtained under duress, caused a scandal in Paris.

Relenting to Phillip's demands, Pope Clement then issued the papal bull Pastoralis Praeeminentiae on 22 November 1307, which instructed all Christian monarchs in Europe to arrest all Templars and seize their assets. Pope Clement called for papal hearings to determine the Templars' guilt or innocence, and once freed of the Inquisitors' torture, many Templars recanted their confessions. Some had sufficient legal experience to defend themselves in the trials, but in 1310 Philip blocked this attempt, using the previously forced confessions to have dozens of Templars burned at the stake in Paris. 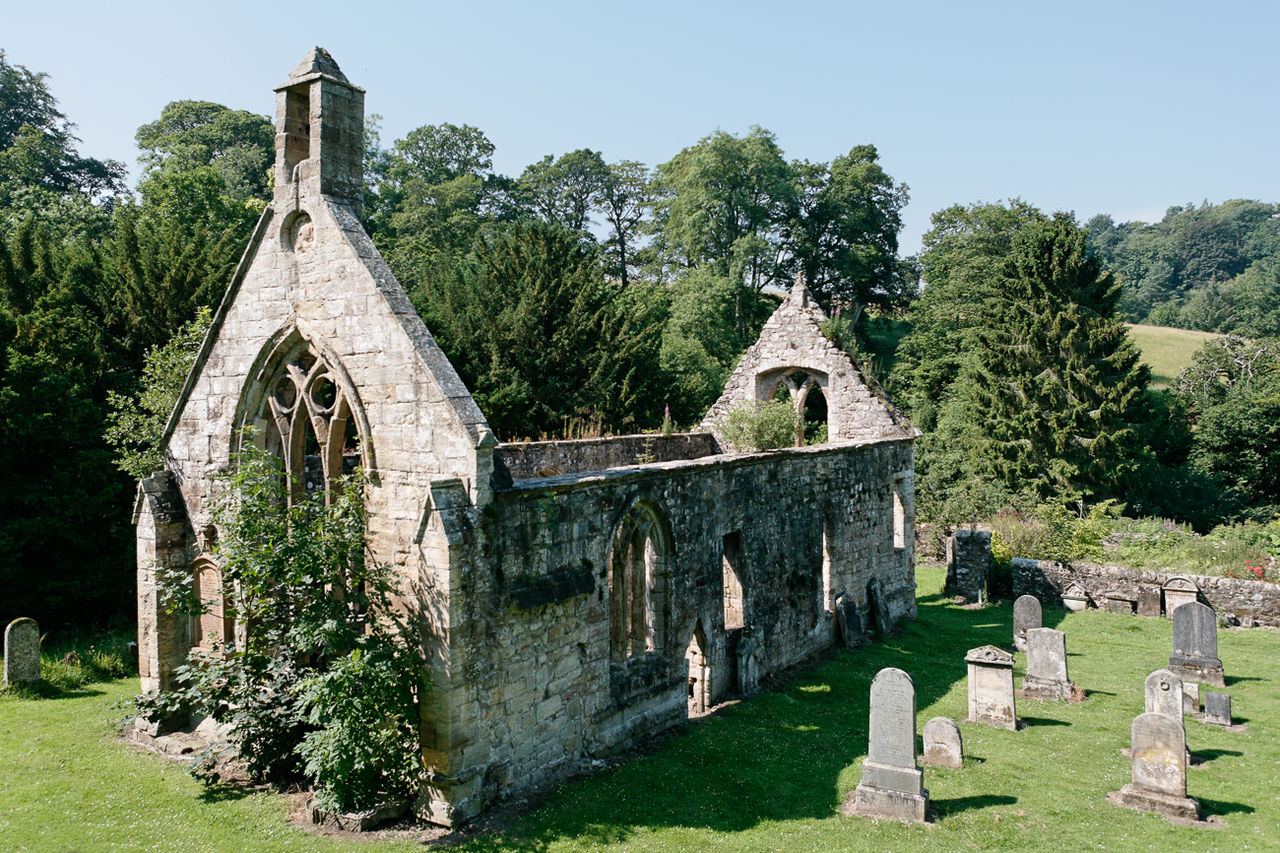 Hugh de Payens, the first grandmaster of the Knights Templar, did in 1128 venture out on a fund-rising trip to the West.

He started in France. First he went to a an important wedding in Le Mans. It was de wedding of the daughter of King Henry I of England Matilda to the son of Count Fulk of Anjou, Geoffrey of Anjou. Fulk later became King of Jerusalem (1131-1143). Fulk went on crusade in 1119 or 1120, and became attached to the Knights Templar. He returned, late in 1121, after which he began to subsidize the Templars, maintaining two knights in the Holy Land for a year.

In the summer of 1128 Hugh went on to England and Scotland. During his trip to Scotland, Hugh visited Roslin near Edinburgh, and was given land by Henri de St. Clair, Baron of Roslin, to build a Preceptory (Commanderie) in the Scottish village now known as Temple.

In mid September 1128 Hugh returned to Cassel in Flanders. There, together with Godfrey of Saint Omer, he received grants of Count Thierry of Flanders and his vassals.

The climax of Hugh’s fund-raising tour was his appearance before the Council of Troyes in January 1129, at which his new Order was granted a Monastic rule to govern it. This later called "Latin Rule” was written by Bernard Abbot of Clairvaux and inspoired by the Cisterian Rule. It consisted of seventy-two clauses.

Early in 1129 Hugh returned to Jerusalem, only to depart northward to assist the siege of Damascus. The lack of logistic support during the long siege inspired him to think about how he could use the lands his Order had been given in the West to improve its fighting ability. He decided to set up a regular support network in western Europe to provide a steady flow of new Knights, money, food, clothing, and arms. In 1130 he sent one of his Brother founder-Knights, Payen de Montdidier, to England, where King Stephen granted him the right to build a whole string of new Preceptories.

based on history-world.org
No comments: