Political geography of the Low Countries 1000-1500 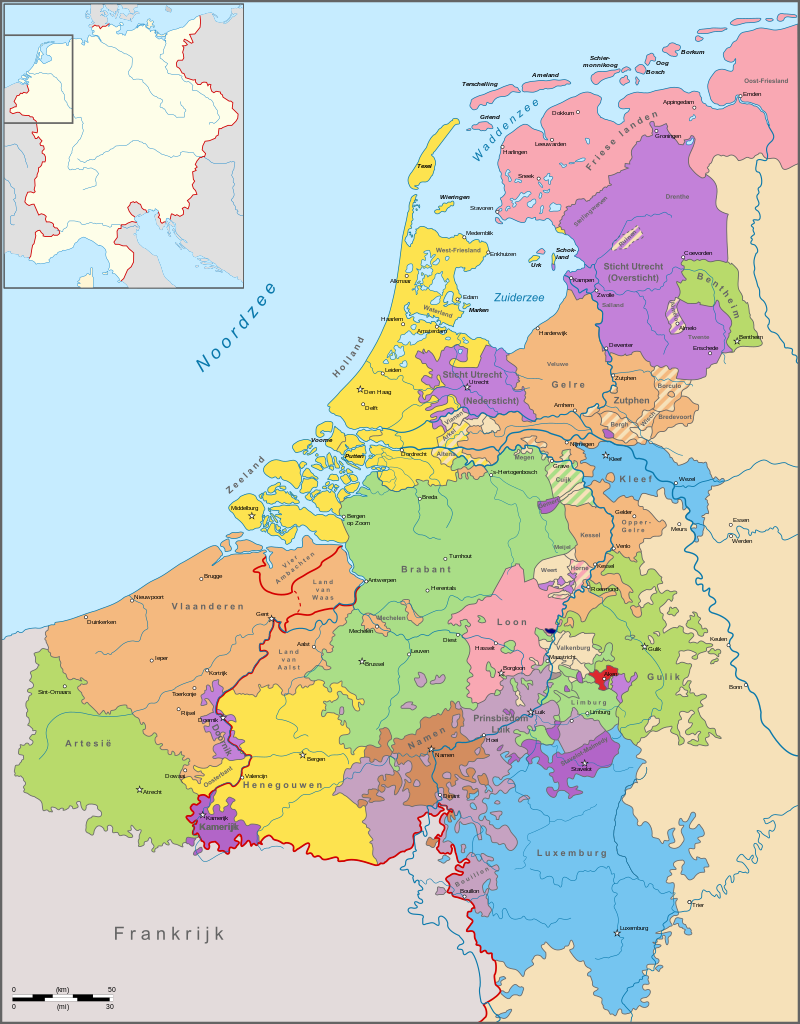 The High Middle Ages (ca. 1000-1300) are distinguished by a vibrant economic and cultural recovery throughout Western Europe. Urbanism, agriculture, trade, and technological progress were all revived. The busiest medieval shipping routes lay in the Mediterranean (where trade links with eastern civilizations yielded luxury goods) and Baltic (where links with northern and eastern Europe yielded raw materials). The growing power of the West did not go unnoticed by the Byzantines, who called for aid against the Islamic Turkic powers to the east.

The Late Middle Ages (ca. 1300-1500), on the other hand, were stricken with famine, recession, and heightened conflict. These miseries were vastly compounded by the Black Death, which remains the deadliest disease outbreak in history. Arriving from Central Asia, the Black Death swept across the European continent, killing up to half its population in a matter of years.

The region known as the Low Countries is one of the main areas of research on this blog. It spans roughly present-day Belgium and the Netherlands. The medieval Low Countries featured several small, prosperous states, with economies based on manufacturing (chiefly textiles) and trade. The greatest was Flanders; others included Brabant and Luxembourg.

Following the splintering of the Frankish kingdom, this region remained largely independent throughout the later medieval period, despite being officially added to the territory of external powers on several occasions (most famously Burgundy, toward the end of the Middle Ages). Low Countries independence finally ended ca. 1500, when the region was firmly acquired by the Holy Roman Empire.

Text adapted from this source; illustration shows Map of the political situation in the Netherlands around 1350. source