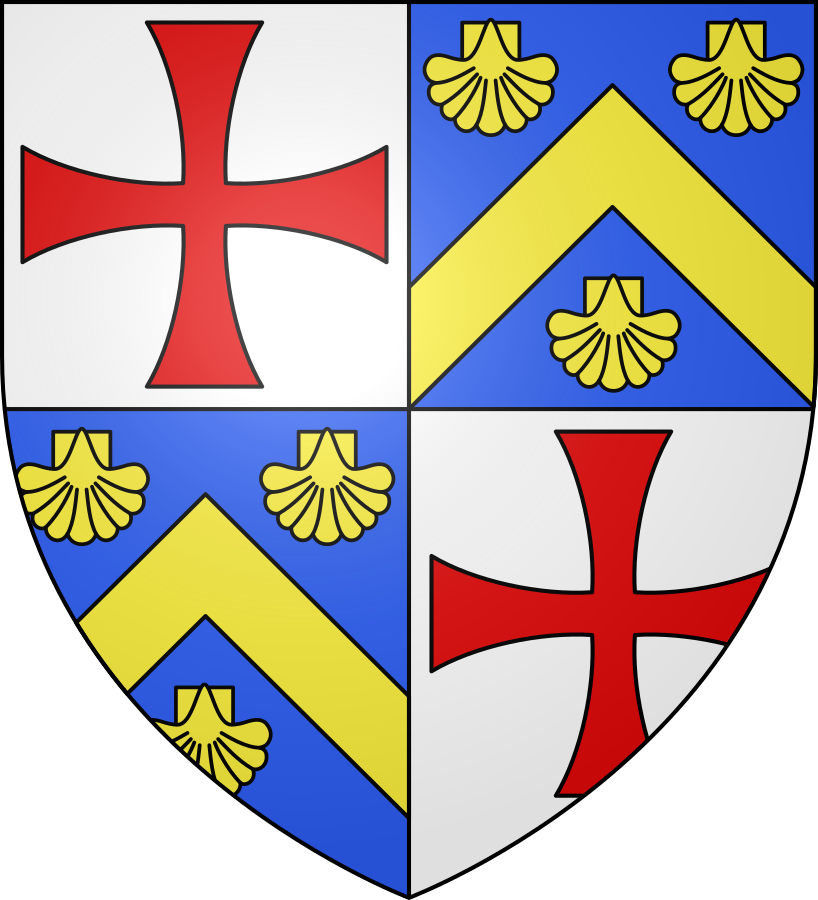 "Evrard des Barres was the third Grand Master of Knights Templar from 1147-1151. After his career at the Temple he retired to Clairvaux near the end of the life of St. Bernard (died 1153). This again is an illustration of the close relationships that existed between the Knights Templar and the Cistercian Order.

Evrard was born at Meaux in Champagne around 1113 and rose rapidly through the Order of the Temple. By 1143, he was preceptor of France and on Easter of 1147 convoked the General Chapter of the Order in France that gave its support to Louis VII in the disastrous Second Crusade, preached by St. Bernard of Clairvaux. Evrard accompanied Louis and Eleanor of Aquitaine to the Holy Land. After a successful march through Anatolia, he was given command of the entire French force by King Louis, who praised the Templars in a letter to Abbot Suger, his regent during his absence.

Once arrived in Antioch, Evrard arranged a loan for Louis, launching the Templars career as bankers to the French monarchy and, arguably, sowing the seed of the order’s downfall some 150 years later. He took part in the disastrous siege of Damascus and, after the ensuing debacle, returned to France with the king. He resigned his office and lived for more than 20 years as a monk of Clairvaux, dying in November 15, 1176."