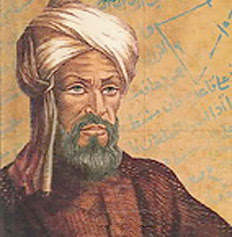 Islamic knowledge contributions to Medieval Europe were numerous, affecting such varied areas as art, architecture, medicine, agriculture, music, language, and technology. From the 11th to 13th centuries, Europe absorbed knowledge from the Islamic civilization. The Benedictin monastery at Cluny played an important part.

In the course of the 11th century the works of Euclid and Archimedes, lost in the West, were translated from Arabic to Latin in Spain. The modern Hindu-Arabic numerals, including a notation for zero, were developed by Hindu mathematicians in the 5th and 6th centuries. Muslim mathematicians learned of it in the 7th century and added a notation for decimal fractions in the 9th and 10th centuries. Around 1000, Gerbert of Aurillac (later Pope Sylvester II, c. 946 – 12 May 1003) made an abacus with counters engraved with Hindu-Arabic numbers. A treatise by Al-Khwārizmī on how to perform calculations with these numerals was translated into Latin in Spain in the 12th century.


Direct knowledge of islamic religion and belief gained strong momentum whith the activities of Petrus Venerabilis (“ Peter the Venerable”, c. 1092 – December 25, 1156), abbot of the Benedictine abbey of Cluny, Burgundy. He is well known for collecting sources on and writing about Islam. He took a long sabbatical journey to Spain to study with Islamic scholars of all ranks and published the first Latin edition of the Koran. His Talmudic contributions are tenuous and still under scrutiny.

Peter's true brilliance came to light between 1138-1142, especially after his translation of the Koran became required reading to the entire Benedictine world and for all preachers of the crusades. A proponent of studying Islam based upon its own sources, he commissioned a comprehensive translation of Islamic source material, and in 1142 he traveled to Spain where he met his translators.

The Arabic manuscripts which Peter had translated may have been obtained in Toledo, which was an 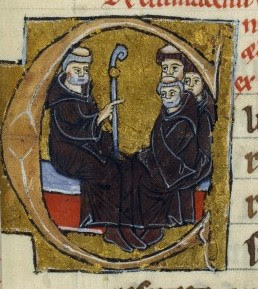 important centre for translation from the Arabic. The project translated a number of texts relating to Islam (known collectively as the "corpus toletanum"). They include the Apology of al-Kindi; and most importantly the first-ever translation into Latin of the Arabic Qur'an (the "Lex Mahumet pseudoprophete") for which Robert of Ketton was the main translator. Peter of Toledo is credited for planning and annotating the collection, and Peter of Poitiers (Peter the Venerable's secretary) helped to polish the final Latin version. The team also included Robert of Ketton's friend Herman of Carinthia and a Muslim called Mohammed. The translation was completed in either June or July 1143. With this translation, the West had for the first time an instrument for the serious study of Islam.

Peter used the newly translated material in his own writings on Islam, of which the most important are the Summa totius heresis Saracenorum (The Summary of the Entire Heresy of the Saracens) and the Liber contra sectam sive heresim Saracenorum (The Refutation of the Sect or Heresy of the Saracens). In these works Peter portrays Islam as a Christian heresy that approaches paganism.

While his interpretation of Islam was basically negative, it did manage in setting out a more reasoned approach to Islam through using its own sources rather than those produced by the hyperactive imagination of some earlier Western Christian writers.