Some consider the Freemasons to be the direct successors of the Knights Templar. What are the facts?

Indeed, the Knights Templar degree is one of several additional Masonic degrees and Orders in which membership is open only to Freemasons who profess a belief in the Christian religion.

The earliest documented link between Freemasonry and the Crusades is the 1737 oration of the Chevalier Ramsay. This claimed that European Freemasonry came about from an interaction between crusader masons and the Knights Hospitaller. This is repeated in the earliest known "Moderns" ritual, the Berne manuscript, written in French between 1740 and 1744.

Knights Templar can exist either as part of the York Rite within Free Masonry or as an independent organization outside of Freemasonry. Though the York Rite and the independent versions share many similarities there are key differences which are described below.

As a part of the Freemason York Rite a Knights Templar commandery is traditionally the final body that a member joins in the York Rite after the degree of the chapter of Royal Arch Masons and a council of Royal & Select Masters. The York Rite orders are: 1) The Illustrious Order of the Red Cross, 2) The Passing Order of St. Paul, (or Mediterranean Pass), 3) The Order of the Knights of Malta (or simply Order of Malta) and 4) The Order of the Temple. 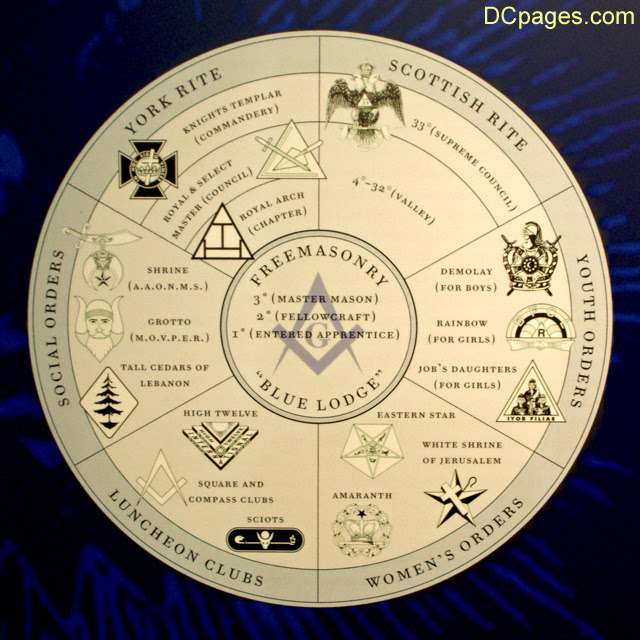 Outside the Masonic York Rite, history and legend concerning the historical Knights Templar also play an important role in the degrees of the Ancient and Accepted Scottish Rite of Freemasonry, notably in the Rite's 30th Degree, Knight Kadosh. Other Scottish Rite degrees sometimes styled "Templar Degrees" include the 28th Degree (Knight Commander of the Temple, formerly denominated the 27th Degree in the Southern Jurisdiction of United States), the 29th Degree (Scottish Knight of Saint Andrew), the 32nd Degree (Master of the Royal Secret), and the 33rd Degree (Inspector General)

Despite Freemasonry's general disclaimer that no one Masonic organization claims a direct heritage to the medieval Knights Templar, certain degrees and orders are obviously patterned after the medieval Order. These are best described as "commemorative orders" or degrees. Nevertheless, in spite of the fraternity's official disclaimers, some Masons, non-Masons and even anti-Masons insist that certain Masonic rites or degrees originally had direct Templar influence.