Round churches on Bornholm Island, Denmark - Templar or not? 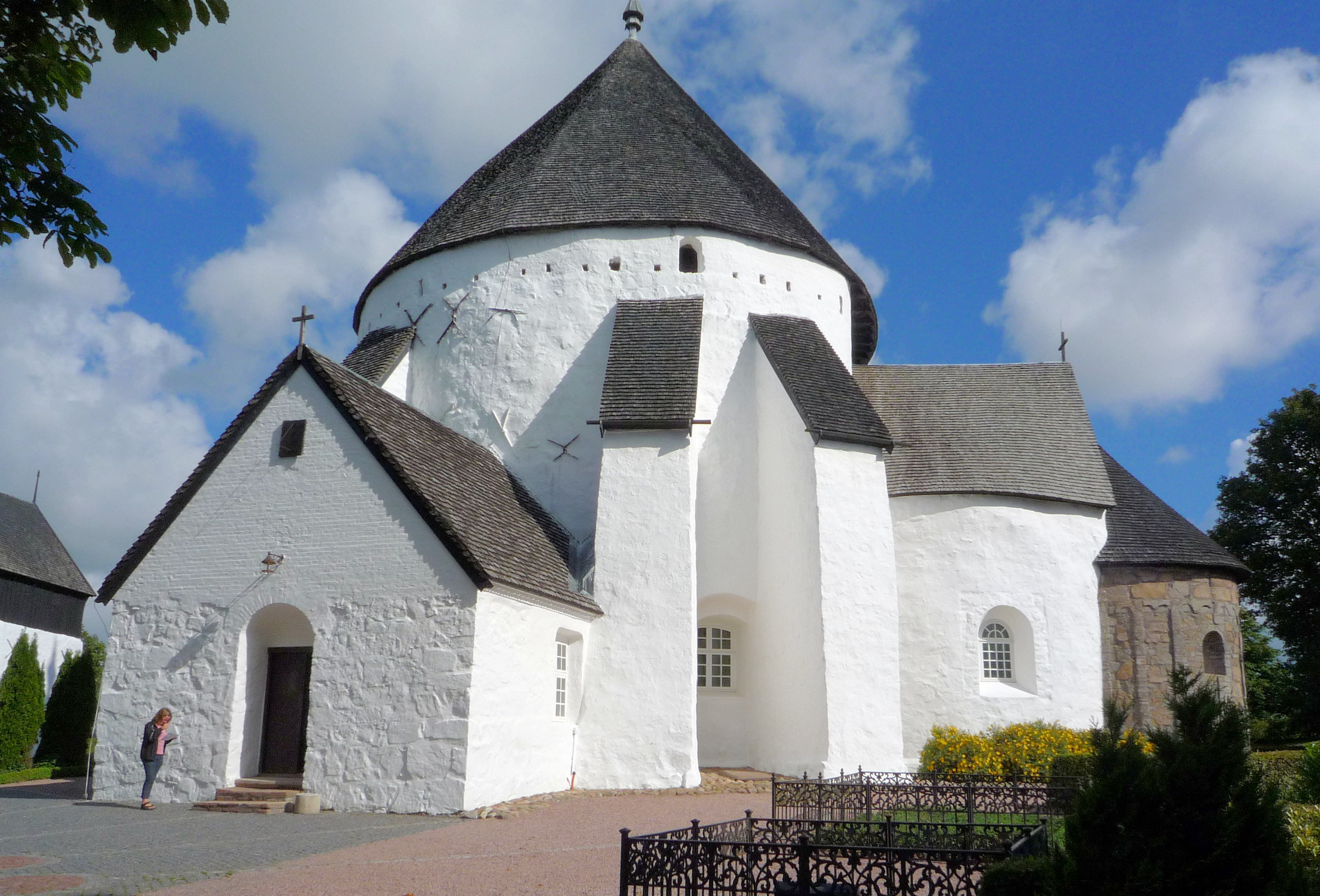 Located 40 kilometers southeast of the southern tip of Sweden but territorially part of Denmark, the island of Bornholm is one of the oldest visible rocks in the world. The island has been settled since at least 3600 BC. From medieval times , when numerous dolmens and Neolithic mounds began to be constructed. From medieval time churches remain, which are linked to the Knights Templar. Is there hard evidence for a Templar origin?

In reaction to the development of non-basic elements in Cluniac Benedictine monasteries, the Cistercians originally adopted a very simple and strickt lay-out for their monasteries. No unnecessary elements were allowed. What were the main aspects?

"Commander of the Estonian defense forces Maj. Gen. Riho Terras has offered his apology to fellow service members and the public for breach of the rules on wearing a military uniform after the media published photos of him performing a Templar ceremony while uniformed.

During the defense chief's information event at the military base of Tapa on Thursday, Maj. Gen. Terras informed leading officers of the defense forces and the Kaitseliit (Defense League) volunteer corps of his activity in the non-profit association OSMTH and gave his apologies for violation of the rules on wearing a uniform, military spokespeople in Tallinn said."

source and further reading in news.postimees.ee
No comments:

Charge Given to the Knights

No, this "Charge" was not intended for the Knights Templar. It was given by King Arthur, the legendary British leader of the late 5th and early 6th centuries, to his Knights of the Round Table. No links whatsoever. Or are there....?

"God make you a good man and fail not of beauty. The Round Table was founded in patience, humility, and meekness.Thou art never to do outrageousity, nor murder, and always to flee treason, by no means to be cruel, and always to do ladies, damosels, and gentle women succour. Also, to take no battles in a wrongful quarrel for no law nor for no world's goods.

Thou shouldst be for all ladies and fight for their quarrels, and ever be courteous and never refuse mercy to him that asketh mercy, for a knight that is courteous and kind and gentle has favor in every place. Thou shouldst never hold a lady or gentle woman against her will.

Thou must keep thy word to all and not be feeble of good believeth and faith. Right must be defended against might and distress must be protected. Thou must know good from evil and the vain glory of the world, because great pride and bobauce maketh great sorrow. Should anyone require ye of any quest so that it is not to thy shame, thou shouldst fulfil the desire.

It should never be said that a small brother has injured or slain another brother. Thou shouldst not fail in these things: charity, abstinence and truth. No knight shall win worship but if he be of worship himself and of good living and that loveth God and dreadeth God then else he geteth no worship here be ever so hardly.

An envious knight shall never win worship for and envious man wants to win worship he shall be dishonoured twice therefore without any, and for this cause all men of worship hate an envious man and will show him no favour.

Do not, nor slay not, anything that will in any way dishonour the fair name of Christian knighthood for only by stainless and honourable lives and not by prowess and courage shall the final goal be reached. Therefore be a good knight and so I pray to God so ye may be, and if ye be of prowess and of worthiness then ye shall be a Knight of the Table Round."

The Payens Commandery near Troyes - a 3D reconstruction

This 3D reconstruction of a Knights Templar commandery is based on discoveries made during the archaeological survey (1998) of the commandery at Payens in the French Departement Aube. Production: General Council of Département de Aube. Director: Okénite Animation. Length 6 minutes. Explanation in French.