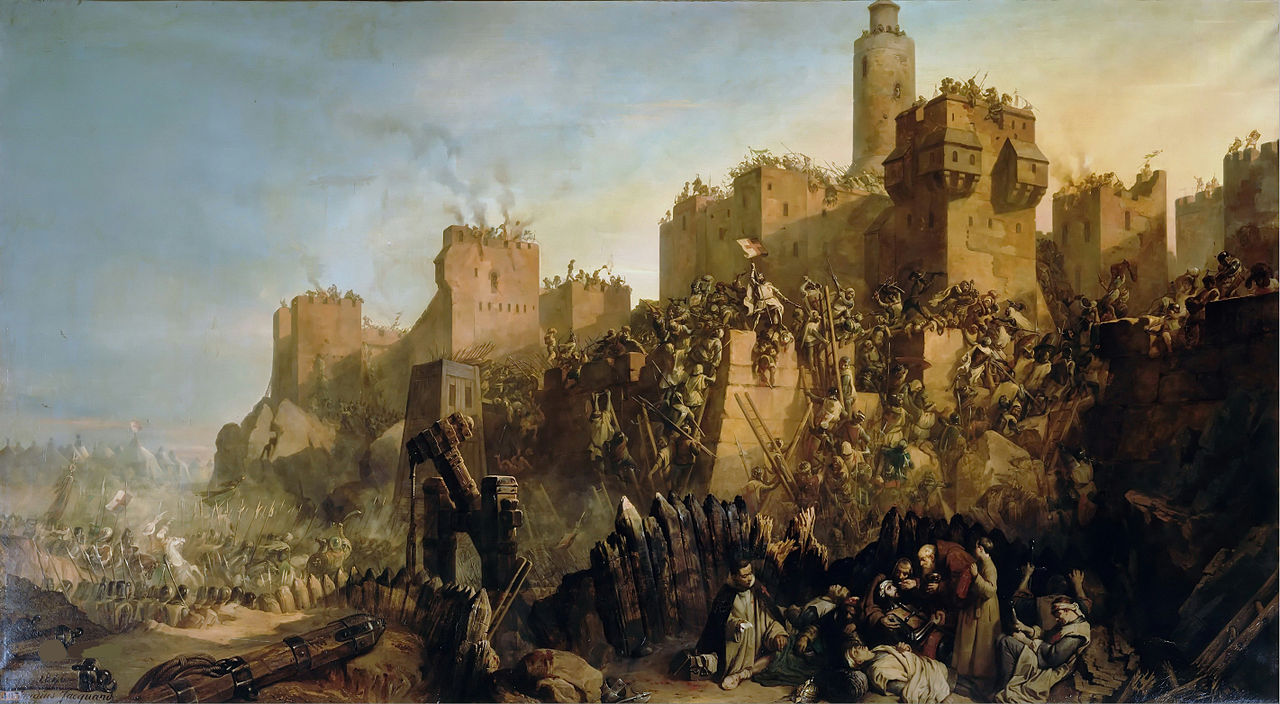 The sudden arrest of the Templars (in 1307, TN), the conflicting stories about confessions, and the dramatic deaths by burning, generated many stories and legends about both the Order and its last Grand Master.

In France in the 19th century, stories circulated that Jacques de Molay, the last Templar Grand Master, had captured Jerusalem in 1300. These rumors are probably related to the fact that the medieval historian the Templar of Tyre wrote about a Mongol general named "Mulay" who occupied Syria and Palestine for a few months in early 1300. The Mongol Mulay and the Templar Molay were entirely different people, but some historians regularly confused the two.

The confusion was enhanced in 1805, when the French playwright and historian François Raynouard made claims that Jerusalem had been captured by the Mongols, with Molay in command of one of the Mongol divisions. "In 1299, the Grand-Master was with his knights at the recapture of Jerusalem." This story of wishful thinking was so popular in France that in 1846 a large-scale painting was created by Claude Jacquand, titled Molay Prend Jerusalem, 1299 ("Molay Takes Jerusalem, 1299"), which depicts the supposed event. Today the painting hangs in the Hall of the Crusades in the French national museum of Versailles.

In the 1861 edition of the French encyclopedia, the Nouvelle Biographie Universelle, it even lists Molay as a Mongol commander in its "Molay" article:


Jacques de Molay was not inactive in this decision of the Great Khan. This is proven by the fact that Molay was in command of one of the wings of the Mongol army. With the troops under his control, he invaded Syria, participated in the first battle in which the Sultan was vanquished, pursued the routed Malik Nasir as far as the desert of Egypt: then, under the guidance of Kutluk, a Mongol general, he was able to take Jerusalem, among other cities, over the Muslims, and the Mongols entered to celebrate Easter.

Modern historians, however, state that (...) there is no evidence that Molay was ever a Mongol commander, and he probably never set foot in Jerusalem.